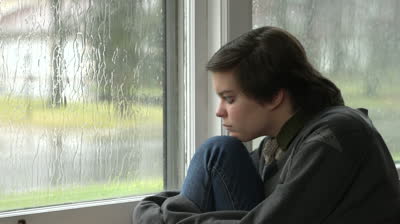 I am a woman and I like men. From the time I was a little girl, I carried the fantasies that so many girls dream – to meet a guy, fall in love, get married, have kids, have a life  long companion etc etc.

Well, that happened, kind of , not in the way I wanted In fact, it has been pretty messy. Widowed now 10 years, that desire has not changed. There are longings in the heart for companionship, even deeper given all the fractured ways that has happened.

I have no idea what it is like to desire someone of the same sex. It doesn’t resonate with me because when I think of attraction, I think of men. I have no idea of the struggles that people with same sex orientations face, and even more so if they are Christian who believe that homosexuality is a sin.

I came across this really interesting read by Sarah Pulliam Bailey, Gay, Christian and Celibate. The articles speaks of Christians who have a same sex orientation, believe that homosexuality is wrong and decide not to act upon it. They have no desire for the opposite sex, because they desire the same sex. But they choose to remain faithful and so they remain celibate.

I have no idea what that is like. Sure, I know my struggles with various issues. I know the issues in my own life that remain a battle. I know the repeated repentance and the desire to change. I know of change that has happened and also the change I wonder will happen.

I look to Christ. I repent. I seek the Word. I remind myself of the sacrifice that was made for sin of all times. I reflect on the holiness that we are called to. I stay committed to the local assembly to be sharpened with other believers and grow in a gospel-centered community.

Change comes slow, sometimes too slow. Sometimes I get weary and discouraged. There are times when I’ve fallen off the wagon. But there remains a persistent pull to not give up, to not turn back, to keep running the race. I suspect that some battles will remain all my life. It feels that way sometimes.

I say all this because of the sometimes smug and even dismissive way that we treat the issue of same sex attraction, as if once someone becomes a Christian there is some kind of magic wand that suddenly gets waved. Sure, sometimes conviction comes right away and obedience immediately follows. But let’s be honest, not every sin in our life falls off that way.  That’s why we experience divine discipline a la Hebrews 12, to experience the fruit of righteousness. And then there’s the longsuffering of a merciful Father. That’s why we have so much exhortation in Scripture and the body of Christ.

But mainly, I believe that so many Christians treat this issue so callously and dismissively because it is something that has not been experienced. But I ask, how can we speak so strongly and with such certainty about experiences that don’t touch us? And yet we do, all the while overlooking our own battles.

Sure, we who believe that homosexuality is a sin know what Scripture says. We don’t fall for the creative hermeneutics in which homosexuality has been justified. We scratch our heads when people say things like Jesus never addressed the issue because he did in Matt. 19:1-7, especially we affirm that the creation account is more than just how God made the world but also the foundation for his intentions, like marriage.

And so we dismiss the struggle as if it’s all sewn up. As I wrote about here, what about all the struggles we have, those more acceptable sins that we say we’re working on? Cannot the Christian with a same sex orientation experience the same but with greater intensity? Based on conversations that I have had with those who are gay, I suspect it’s quite intense, especially given the increased normalization in our society of homosexuality.

That’s why I think we need to applaud and support the Christians who take a stand for celibacy, even if they don’t want to because they have chosen faithfulness and obedience over their sexual and romantic desires. We can cite all the scientific studies we want and get into word battles on whether to use “gay” or not, but after all is said and done, all that remains is a brother or sister in Christ who wants to do the right thing. I imagine that is tough for some. Really tough.

But I wouldn’t know. I am not gay. I have no idea what that is like.