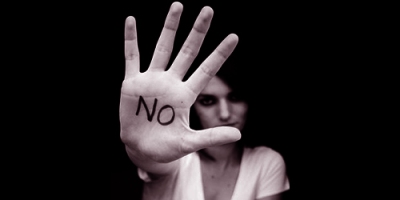 I keep saying I’m going to stop writing about about singleness and truthfully, this probably will be my last article on the topic. Because after I get to the point of this very short post, I don’t think there is more say on the topic.

I’ve seen so many  articles that are meant to be encouragement to Christian singles. It goes something like this. You struggle in singleness, here’s how not to struggle. Typically these articles offer good points about contentment, eternal perspective and so forth. But where so many of these articles lose me rests on this one point – you’re not supposed to struggle in singleness.

The formulas offered are pretty common so that single people can remove the ache their singleness causes;

The problem is you’re not busy enough for the Lord

If the church valued singleness, then singles would be content

All these formulas have one thing in common in that they treat pangs in singleness like some kind of disease that needs to be cured. Implicit in theses prescriptions is the idea that if you suffer from any kind of discontentment, the problem is you and your lack of spirituality. Or the church is not enough to value singles. These common formulas emphasize that if you are discontent in singleness and a longing for partnership, there’s some kind of magic bullet that if you can just get it, you will no longer struggle. The implication of course, is that you really aren’t supposed to struggle. END_OF_DOCUMENT_TOKEN_TO_BE_REPLACED

This post is not to debate complementarian vs. egalitarian. I have maintained that there are godly men and women who take the authority of Scripture serious and arrive at different conclusions. I also believe that positions on male leadership are really only pertinent to church and home, which is why I think all the brouhaha in public disagreement is often misplaced.

With that said, Andreas and Margaret Kostenberger have come out with a book on how Genesis to revelation portrays God’s design.  In this interview, Dr. Kostenberger makes some good points about the biblical pattern of male headship.

However, I was struck by his response to question if this same paradigm applies outside of the church. His response;

With regard to women in the workplace, we’ve found that a helpful question for couples to consider is: Will the woman, if married, be able to give her best hours and energies to those God has given her to care for in the home and family? This applies to ministry involvement as well. Consider God’s creation design (Gen 1:26–28; 2:18, 20) in conjunction with the primary spheres of ministry given to the woman as highlighted in the judgment she received after the fall, which stands in direct relation to her role in childbearing and with her husband (Gen. 3:16; cf. 1 Tim. 2:15). Consider also the role model of the virtuous woman in Proverbs 31, who is portrayed as centered in her home and fully supportive of her husband. And note Paul’s references to women being workers at home (Titus 2:5), widows being honored who have been faithful wives, having brought up children and shown hospitality (1 Tim. 5:9–10), and younger widows being encouraged to marry, bear children, and manage their households (1 Tim. 5:14). Women on mission for God together with their husbands will be able to rejoice in all God has for them as they’re centered in the home and ready for all he calls them to do individually. Single women, too, unless called to permanent celibacy (1 Cor. 7:7–8), can prayerfully nurture and prepare for this and incorporate some of this in their extended and church family experience.

Regarding political office, there are no direct commands in Scripture encouraging or barring a woman from leadership roles. Again the question is: Will she be able to fulfill her primary God-given role in the home and family? Could she continue to support her husband’s leadership in the areas to which he has been called and to nurture her family if she were to take public office? This isn’t a question of giftedness or competence but relates to God’s design in making people male and female.

END_OF_DOCUMENT_TOKEN_TO_BE_REPLACED

I’ve noticed an emerging question that has arisen in relation to how Christian singles should expect God to move in providing a spouse.  The question at the center of it is this – is one person who is uniquely designed for us or are there multiple possibilities? A compatible question is how do we encounter potential mates either way. Do we sit around and wait for God to show us “the one” or do we acknowledge that there is no such thing as “the one” but rather are a numerous amount of possibilities? On the surface, this sounds like a legitimate question because it will determine who we should expect God to move.

On one hand, if you believe that there is one person who is uniquely designed for you, the tendency will be to sit around and wait for God to bring that person to you. No need to engage in any seeking activity because God will “tell” you when you encounter that person. Therefore, you will not necessarily be involved in a active pursuit of a mate.

On the other hand, believing that there is no such thing as “the one” will place a stronger burden on engaging in activity to meet potential mates. You will be open to a number of possibilities that suit your values and criteria. The sides have seemed to be polarized as if it has to be one or the other.

I’m going to suggest that this creates an unnecessary dichotomy about how singles who desire marriage find a mate. If you are single and desiring marriage, the first criteria is understanding what marriage is from a biblical perspective. Paul’s description in Eph. 5:21-33 provides a good measuring stick, that Christian marriage should reflect something of Christ and his bride. That means a certain gospel-centeredness should exist, with Christ as the foundation. If you meet someone and can’t agree on the very essential point of who Christ is and who we are in relation to him, that’s not a good foundation. If that person does not see him or herself in need of a Savior who cleanses us with his work and word, that’s pretty much very shaky ground. This also should provoke us to check our motives when thinking about marriage. I thought this piece from Desiring God was helpful. END_OF_DOCUMENT_TOKEN_TO_BE_REPLACED

I confess upfront that this is going to be a somewhat personal post because this is topic near and dear to my heart and one in which I have experienced great heartache. But hopefully leveraging my own angst might generate some food for thought, especially among church leaders but definitely among all the people of God.

I sometimes think we have a bi-polar disorder in the church. Now I’m not making light of those who suffer from this psychiatric condition. Why do I say that? The other day, a friend sent me a sermon on 1 Corinthians 7 that was given to singles at her church. Now granted, it was part of a series so maybe some of what concerned me was covered in another sermon. But the heart of it was pretty standard stuff I’ve heard before. Paul says singleness is better because you can devote yourself to the Lord. Don’t be over-desirous of marriage because that is idolatry (note the introduction of the dichotomies we like to create so much). If you really hate singleness and really want marriage, you probably have a problem. Bottom line, be content where you are. 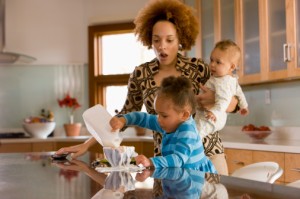 But in the same breath, we sound the alarm regarding the fatherless. We decry single-mother households and their detrimental impact on boys growing up without dad. Of course, the assumption is that it is that way because the moms have no use for men. Never mind that contributing factors in these situations also includes 1) the guy totally abdicate his responsibilities; 2) the guy mistreats the woman that breaches the marriage covenant; or 3) the guy dies. Yes, I hate to break it to the statistics mongers but devaluing a dad in the home is not the only reason these situations happen. We live in a very broken world, which also produces bad kids with dads in the house. Yes, lets talk about that in the same breath as how bad off fatherless boys are. Now I’m not undermining the importance of fathers, not in the least. Only that we need to be cognizant of rash generalities and the fact that many single-mother homes would rather not want it that way.

So on one hand, we tell the single mother with the fatherless boy to be content and don’t really yearn for marriage. But on the other hand, we give her every reason to believe that her household is dire straights without a dad. What is a single mother to do? END_OF_DOCUMENT_TOKEN_TO_BE_REPLACED

I really appreciated this piece from Trip Lee, Why I Married a White Girl. Though the post is describing how ethnic preferences can thwart accepting a good situation, I thought there were some salient applications for preferences in general. This is especially true for the older single whose life stage needs are a bit different from the young. Trip writes;

There’s nothing necessarily wrong with having preferences, but we have to hold them with an open hand. I know certain people who overlook a potential godly spouse because they don’t fit some random preference. Some of our preferences really don’t matter that much. Some may even be foolish. Needless to say, we have to submit all of them to Scripture…It’s okay to prefer certain things in a spouse, but we have to submit our desires to what God wants for us in a spouse. What I wanted and needed most was a godly partner, and that’s exactly what he provided.

Young or old, preferences are a tricky animal. What we may prefer may not ultimately be the best thing for us. If we are not careful, they may actually circumvent our ability to recognize a good thing. For younger people, the preferences can be driven more by fantasy of what something is supposed to look like. For older people, especially those who have been around the block and experienced relationship failure and dysfunction, the equation can become for muddled. On one hand, you know that you don’t want and what won’t work. But on the other hand, there could be the danger of setting up reactionary standards because of past pain. The worst thing you can do is expect another to make up for past relationship grievances and subject the relationship to that standard. END_OF_DOCUMENT_TOKEN_TO_BE_REPLACED