I haven’t written an end of year reflection in a couple of years. But was we approach the new year in just a matter of hours, I wanted to jot down a few thoughts and also some personal updates.

The last time I wrote a reflection was the end of 2020, months into a pandemic and increasing divisive heat. At that time, here was an observation;

If there is one thing I can say about this year, it’s been one of exposure of hearts and where our loyalties really lie. I say this primarily of the Christian whose first loyalty should be to Christ and his kingdom with loose commitments to the social and political factions of this age. But this year with all that’s happened–from COVID, more police shootings of unarmed black people, lockdowns, and a bizarre election cycle–has pulled back whatever veneer resided over socio-political orientations we tried to mask with our Christian presentation. Not to mention the tensions that have ramped up in the church over the issue of Critical Race Theory that has created more divisions. That’s why I say it’s the year that got us. It exposed us. It showed what we truly valued. We can no longer hide.

Since this time, I have observed that exposure has provoked more of a camp settling and less persuasion efforts on why so and so or such a such position is wrong. What do I mean by that? It seems that people, professing Christians in particular, have resigned to their perspective camps. There is less persuasion with an interest towards Christian unity and more of a huddling together around respective socio-political agendas. And that goes for issues on the left AND the right. And while that may make for some superficial peace, I’m not sure it’s a good thing. END_OF_DOCUMENT_TOKEN_TO_BE_REPLACED 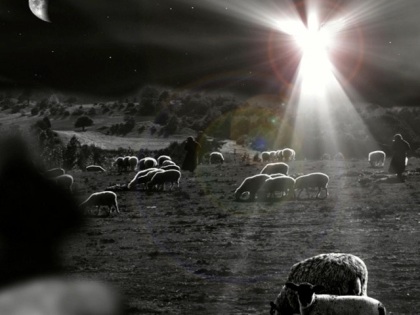 I’ve been slowly reading this wonderful book, Cultural Identity and the Purposes of God: A Biblical Theology of Ethnicity, Nationality, and Race. As the subtitle denotes, it’s a biblical theology which means the author, Steven M. Bryan, is considering his thesis from a perspective of what the whole counsel of Scripture communicates with emphasis on God’s plan for redemption. I recently read through the chapter on Matthew where he explains how Jesus’ first advent demonstrates that identity of Israel as a holy nation has shifted, pointing to the encompassing of the previously excluded. I was struck by these few paragraphs on his exegesis of Matthew 8-9 and thought it to be a timely read as the Advent season draws to a close;

The point of Psalm 107 is that Israel restored by God is not Israel in its experience of ethnic identity, whether inside or outside its own land. Rather, it is Israel in its experience of distress, desperation, and forced dispersion–circumstances brought about by God to turn them from their sin. This is Israel with no place to lay its head; Israel at the point of death; Israel imperiled on the sea; Israel harassed by Satan; Israel dispossessed and despairing because of its rebellion.

This is a new way of thinking about Israel and its privilege. Jesus privileges the unprivileged, to be sure, but the unprivileged are all those whom he saves when they cry out to him. Those who will sit down at the table with Abraham, Isaac, and Jacob and not the putative heirs, the privileged sons of the kingdom, but the outsiders, the marginal, those considered excluded from Israel. The phrase ‘many [who] will come from east and west’ is, thus, neither a designation of Gentiles, as such, nor of Diaspora Jews, Rather, it designates those whose desperation and affliction under the hand of God mirror the conditions of Israel in its distress–they are the meek, the poor in spirit, and those who mourn (Matt. 5:3-5), and therefore stand over against the privileged ‘sons of the kingdom.’

If in Matthew 8, Jesus speaks of sitting at the table with Abraham, Isaac, and Jacob. In Matthew 9, he enacts this meal by eating the tax collectors and sinners. The eschatological scandal of the many who come from east and west to sit down at table with Abraham, Isaac, and Jacob parallels the scandal caused when tax collectors and sinners sit down at table with Jesus. Commentators regularly overlook the parallel, but it goes to the heart of Matthew’s central point in these chapters. They don’t so much tell us as show us what it means to be Israel. The table of the patriarchs–Israel’s table–is a table for the underprivileged, the unincluded, the undeserving. Israel’s table is open to those whose faith and righteousness mirror that of Abraham. The excluded ‘sons of the kingdom’ are identified in Matthew 9 as the scribe and the Pharisees, who object to Jesus’ practice of gathering tax collectors and sinners over a meal. They object because they know what it means. It is the symbolic enactment of Jesus’ vision of restored Israel–an Israel based not on ethnic descent but on a kinship formed through faith and the righteousness it generates. However, unexpected, Israel’s privileges belong to such as these.

Amen. This new identity of Israel is not based on earthly ethnicity but a heavenly need. We have no privilege to exert, only what has been afforded to us through Jesus’ fulfillment of promises based on HIS person and work. I hope that sense remains with us long past the Advent season and Christmas.

Anyone who has followed this blog knows I typically write about theological topics and cultural engagement. This is one of those rare posts where I will talk about what I do for a living. For the past three years, I have served as Executive Director of a nonprofit arts and culture organization whose mission is to celebrate ethnic and cultural heritages from around the globe. Our mission is prominently seen in our annual festival in May that brings many different cultures together for performances throughout the day that shows the various art forms from around the globe, including martial arts demonstrations. Dozens of vendor booths are present with cuisine, crafts, and cultural displays. It’s like a “It’s a Small World” festival and one of the largest in this area. There is no preference or prominence of one group over the other. You’ll see displays from Africa, Europe, Asia, the Middle East, Latin America and everywhere in between.

Because our goal is to highlight different cultures, we also have culturally specific events for Lunar New Year and Hispanic Heritage Month. Recently, we added an event for Nowruz (Persian New Year), a significant celebration in Iran and Afghanistan and we’re gearing up for a celebration of African cultures in collaboration with another arts organization later this year. So you can imagine that with our festival and the other events, people and their cultures are identified with a national heritage, i.e., cultural heritages that come from a particular region that has certain customs and cuisines.

I’m trying to imagine what it would be like if we categorized the different groups according to skin color and use the black/white binary or even black, white, or brown people. Of course, it’s easy to speak of Europeans as white or Africans as black. But but what does that mean for the distinct nationalities and their accompanying cultures? How do you distinguish the Italians from the Germans from the Greeks if everyone is just white? And where do the Middle Easterner’s fit into this categorization? And if a person is just black, what does that say about the black person from Ghana vs. the black person from Brazil or the Caribbean who have completely different cultures? The ethnicities would get erased. END_OF_DOCUMENT_TOKEN_TO_BE_REPLACED

This phrase popped up in my head and now I can’t shake it. If you consider what makes something bootleg, it’s a knock off of the original. The bootleg coach purse may look like a real one but it wasn’t produced by the authorized agent. It’s a copy meant to mimic.

Contrary to how I see the term “anointing” use as a kind of special gifting of some Christians, Scripture informs us that anointing simply is in reference to the indwelt Spirit. If one has been regenerated by the Holy Spirit, they have the anointing and what I believe John is referencing here;

Put together, the bootleg anointing is one designed to look like regeneration of the Holy Spirit. It copies the real thing rendering a person immersed into Christianity and Christian activity, reads the Bible, may even teach the Bible, engaged in discipleship, maybe even gone to seminary and pastors. The bootleg anointing will have you faithful to church and engaged with the saints. It truly looks legitimate. END_OF_DOCUMENT_TOKEN_TO_BE_REPLACED

By way of a personal update, anyone who has been following this blog will have noticed that my writing has slowed down quite a bit. That’s not intentional. I just haven’t been able to write as much or the way I’d like to as evidenced by the several unfinished drafts in my draft bin. I think it is largely attributed to my job as executive director of a nonprofit organization whose mission is to celebrate ethnic heritages from around the globe. I’m also a staff of one so my many hats pulls me in all kinds of different directions as I work to advance the organization’s mission and expanding programming. I may write on that more later. In the meantime, I have kept up podcasting on the Family Discussion podcast that I co-host with the Rev. Marcos Ortega. We just finished our fourth season as we continue the trek through the categories of systematic theology applied to the issues of our day. Season 4 focused on humanity and sin so we had quite a bit to say about gender, human sexuality, and race. We’ll pick that up in season 5 as we move into Christology.  You can check out more that here. But I really do want to get back to writing on a regular basis, if nothing more than just to download some of the processing that goes on in my head as I observe our current landscape.

And so that is what I intend to do here as the 49th General Assembly (GA for short) of the Presbyterian Church in America just concluded this past week. In case you don’t know, this is the annual meeting of commissioners (pastors/elders known as teaching elders or ruling elders) to conduct the affairs of the church. I’ve tuned in to the livestream since 2016 and been on a learning curve ever since. The parliamentary proceedings can get really complex. But in the deliverance of the committee reports and overture debates, you do get a sense of what the church is grappling with and attempting to bring in submission to the obedience of Christ and to be a faithful witness to him.

You also can hear where there are divergent opinions regarding the church’s direction, which has been increasingly heightened in recent years. That is compounded by the blogs, tweets, and posts seen on social media on a regular basis. There have projections of an inevitable church split produced by factional concerns under the rubric of the oft cited phrase “peace and purity of the church.” Despite what some may say, I do believe there is generally a strong commitment to Scripture though the applicational grid may be skewed in different directions. END_OF_DOCUMENT_TOKEN_TO_BE_REPLACED