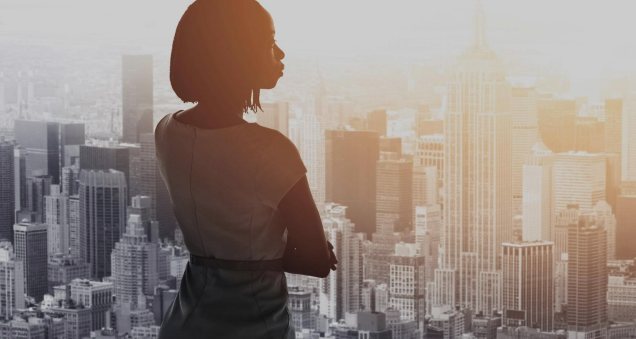 Are Christians called to transform culture? Whenever this question comes up, I’ve typically been struck by those who declare we are not. Now I get that transforming culture is loaded with complexity. What do we mean by this? The simplistic answer is influencing culture such that it is compatible with Christianity. But in a fallen world, that lofty goal is myopic at best.

Another issue is what do we mean by culture? Andy Crouch states it simply, “it is what human beings make of the world.”[1]  Of course, it’s a bit more complex than this in the ways an ethos is formed from the various components that make up a particular culture. Example, a workplace culture is one defined by the priority of values and examples of living that out. So, if we consider the nature of culture, we have to conclude that there is not just one culture but many operating in different spheres of society and overlapping with each other. Even when we consider our prevailing ethos, it is an amalgamation of various cultures forming a compatibility that infects the whole. This is one reason I dislike the question about transforming culture. Which culture do you mean?

But there’s another problem I have when the question gets dismissed with an emphatic no. I’ve been reading through Theology in Three Dimensions by John Frame. He provides a basic layout for his theory of triperspectivalism, which deals with the multi-dimensional aspect of how we come to know and accept truth. Room does not permit an exhaustive description and I don’t want to deviate from the point of the post. For the sake of brevity, he speaks of that which is normative, situational, existential and the ways in which each perspective overlaps with each other. In his chapter entitled, “Perspectives in All of Life,” he starts off by saying that we bring our relationship with Christ into every sphere we enter proclaiming “the gospel changes all of life . . .it creates new people, as new creations of God (2 Cor. 5:17). END_OF_DOCUMENT_TOKEN_TO_BE_REPLACED

These are tense times. Many factions at work in the frame of our society are ripping at the seam. The election of Donald J. Trump has polarized a nation and disintergrated relationships. But even at the heels of his election, the heat was rising with an increased exposure of unarmed shootings of black citizens and the rise of Black Lives Matter. White supremacy is the culprit, it seems, and must be extinguished.

The church in America has not been exempt. The past few years have seen a rise in a cry for the church to address issues of race and justice. This cry has increasingly leaned on secular socialological paradigm of critical theory  to address issues and provide remedies over and above the dictates of Scripture. Whitness is the evil that must be extinguished, is a growing roar. The election of 2016 only added fuel to that fire. The whiteness that contributed to the perceived injustice was now being perpertrated by anyone who dare approve of the Trump administration. White evangelicals were on trial and stood guilty of perpetrating perpetual crimes of marginalization against black and brown people.

On the flip side, another faction has arisen that began decrying the intrusion of social justice paradigms in the interest of preserving the gospel and reliance of the authority of Scipture. Legitmate concerns have turned into witch hunts if there was even a hint of capitualtion to a social justice paradigm.  Then there is support of Trump, whether it be the man himself or conservative policies themselves. The leftist, social justice warriors are bringing the church down and must be stopped, so goes the rallying cry.

Social media serves as a ready platform to take this disenchantment to the public square. Brothers and sisters go after each other in the name of truth. Condemnations are created, in some cases by partial profiles and half-baked information. Blog posts abound with indictments of the latest perpetrators of anti-biblical positions, whether it be for or against social justice or Trump. Guilt by association turns into easy categorization of people into simplistic boxes based on minimal evidence. (Lanie Anderson has a great article about guilt by association that I commend reading here.) Echo chambers are filled with glanging gongs. END_OF_DOCUMENT_TOKEN_TO_BE_REPLACED

As the Advent season is now upon us, I’m reminded of an unfortunate Twitter exchange I got into last year during the middle of the season. I had wanted to write more about it but at the time was a little over a month away from my wedding and in the throws of packing for the out of state move. Taking a breaking from the pile of responsibility, I stumbled upon this statement made in a tweet;

Still hearing way too many white church leaders uncritically equating darkness with evil this Advent. I mean what are you thinking while you’re looking into the (few) black faces of your congregants, colleagues, and sometimes children?

My immediate retort was that the darkness spoken of at Advent relates to the corruption of this world because of the Fall that happened through one man’s disobedience. So yes, it is associated with evil because of the sin that entered into the world (see Rom. 5:12). Advent points us to the hope in Christ in his overcoming the impact of the Fall.  After all, Advent IS about him and what he came to do in this world on our behalf. The darkness associated with Advent has absolutely nothing to do with skin color although historically, some have made that association (I’ll get to that in a minute).

Furthermore, the theme of darkness as it relates to the corruption of sin in contrast to light is a central theme in John’s writings and he certainly wasn’t referring to skin color. Are we really going to undermine the very expression of Scripture itself for some type of validation of ourselves and undermine the significance of Advent in the process?  It is not only perfectly acceptable to speak in these terms related to sin but more importantly, direct attention to the remedy for it. END_OF_DOCUMENT_TOKEN_TO_BE_REPLACED

Last year around this time, the statement on Social Justice and the Gospel came out and set off a firestorm. I remember that day like it was yesterday. I was sitting in a breakfast joint in Hartford, CT just hours away from my flight back to Dallas. As I scrolled through the statement, I found myself nodding a lot. But the more I nodded, the more I also grimmaced. As I wrote about in The Problem is Not About Social Justice, I saw pretty clearly the set up of the statement–you were either for Christ (and the framers of the statement) or against Christ. There was no middle ground. I suspected that the statement would have the effect of reinforcing camps that would devolve into tribalistic disputes. People would be accused, and sometimes unjustly, of aligning with a pro- or anti- social justice camp with just the utterance of a few statements. I suspected the result of the statement would spawn more feuds than fruit, even though there were many good points in it. That’s what happens when you set up that kind of dichotomy.

Unfortunately, this is precisely what I’ve seen play out over the past year. Even my own orthodoxy has been called into question because I won’t lock step with anti-social justice advocates in repudiating wholesale social justice even though I have issues with it depending on what you mean by “social justice.” But when you lump the term into a nebulous definition (that can have a range of meaning) and slap a “social gospel” or “anti-gospel” label on it without digging into the weeds to separate the wheat from the chaff, that’s what you’re going to get.

As I stated a year ago, I can appreciate the concern of the framers. They felt something was at stake and the gospel needed to be preserved. After all, the church has seen its fair share of opposition to orthodoxy and councils and such were formed to contend for the faith that was handed down ala Jude 3. END_OF_DOCUMENT_TOKEN_TO_BE_REPLACED

Over at the Washington Post, Eugene Scott has written an interesting opinion piece regarding Mike Pence’s commencement speech at Liberty University. Scott is concerned that warnings about Christian persecution fall into a victim complex that is not all that helpful for navigating through fruitful citizenship. Now, I do agree with some of what he says. But the more I read through it, the more I think some parsing is in order to get to the real concern. He says;

Religious persecution is real. The congregations of three black Louisiana churches that were recently burned down for reasons that some suspect were racially motivated know this. And so do the congregants of the synagogue that was attacked last month by a gunman; the suspect pointed to his conservative evangelical theology as justification for his hatred of racial minorities.

But accusing “Hollywood liberals,” the media and “the secular left” of persecuting Trump-supporting evangelicals might do little, if anything, to prepare the next generation of leaders to be good citizens working toward the common good in a religiously diverse nation. At worst, it could perpetuate the victim mentality that is so pervasive in our culture wars and that some believe has made this country more politically divided than at any other point in recent history. Such a framing may win you some political battles, but in the long term, it makes it much more difficult for the United States to become “one nation under God,” as Pence and so many others often pledge.

Now, I do think he’s right in that we can form a persecution complex and engage in fear mongering. After all, Jesus did say that we would have trouble in this world. We can’t surely expect that a secular culture will align with Christian values. Even though religious liberty was ensconced in the framework of this country’s founding, we do need to consider it is also not a guarantee to live out faithful Christianity. That’s not to say we should not care or make efforts to preserve it. But we can at least expect a Christianity believed and lived faithfully will be at odds with a culture that seeks to live for self. END_OF_DOCUMENT_TOKEN_TO_BE_REPLACED