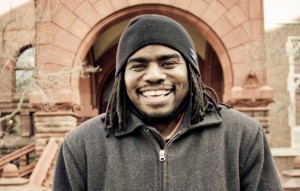 Well, this is kind of a cap off post from this week’s activities and final thoughts on Shai Linne’s Fal$e Teacher$. If you don’t know about it, Shai is a Christian hip hop artist who is unashamedly Reformed. He blasted what has been labeled prosperity teaching (though there is actually a mix of positions represented)  in this single cut from his album, which was released April 9, 2013. I wrote a couple of articles over at Parchment and Pen here.

Does Prosperity Teaching Deny the Gospel?

Having come out of those circles of the teaching represented by those on his list, I expected full well the backlash that many would have against the song. Primarily, I expected it because of a type of discernment that would be employed according to ‘what I feel in my spirit’.  It is a subjective reliance on intuition that in many cases does not submit to an objective criteria. It’s not that this type of discernment ignores the bible but that the bible itself is not the criteria for evaluation.

Of course, those that have embraced the teaching represented on that list and use this type of discernment will have problems with Shai Linne and his song. He is challenging the very thing that that leads to acceptance of the teaching in the first place. Now I’m not saying it is the only reason for opposition, but if this the basis for which his song is evaluated than naturally there are issues. END_OF_DOCUMENT_TOKEN_TO_BE_REPLACED