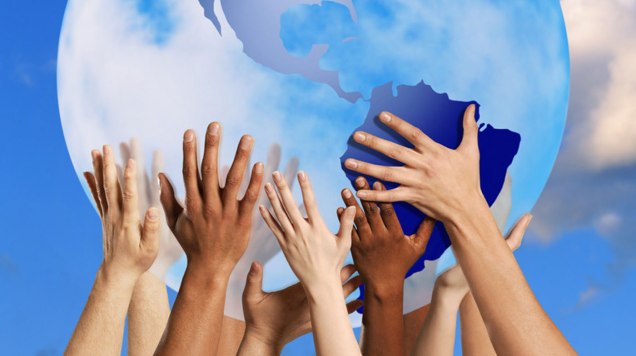 I remember that day back in Spring of 2006 almost like it was yesterday. I was pacing in bedroom while reading Romans 4 and then that moment came. I stopped dead in my tracks reading 4:17, “He is our father in the sight of God, in whom he believed—the God who gives life to the dead and calls into being things that were not.” You see for many of my Christian years, I cited that phrase as if it is something we can do, calling those things that be not as though they were.  It’s not like I didn’t read the Bible. I read it diligently. But I imposed the philosophy of “speaking things into existence” unto the text.  Because it was so popularly taught in my circles, I sincerely believed that words contain power and we can use them to wield that God would move according to the words we spoke, as if our words had some kind of power over circumstances. So when reading Scripture, I brought that presupposition in to whatever I read (such as Mark 11:24).

But during this particular time, I was already being challenged on the fragmented way I had read Scripture and the frequency of ripping verses out of their context. So when I read that verse in it’s context, it really brought to life my propensity to bring presuppositions into the text. That one verse sent ripples through considering elsewhere in the Bible where that did not validate this concept. It struck me so powerfully that I had imposed this thought unto the biblical text and presumed it was the way it was.

In some sense, I think I’ve had one of the moments as I’ve been studying the book of Revelation and eschatology, in general. As I wrote about here, I’ve been reading Revelation with fresh eyes because of certain assumptions that I’ve made for many years when approaching this book. Presumptions included that 1) it tells a story of what will happen in the order; 2) that it describes literal events that will take place in the future and 3) that it involves bringing Israel to salvation as the church has been moved out of the way. In other words, as I wrote about in my last post, I presumed a dispensational premillennial position. Funny thing was that I’ve long had some tensions with some components of this position that I just took for granted because of the presuppositions that I held regarding the futurist chronological literalism of the book. END_OF_DOCUMENT_TOKEN_TO_BE_REPLACED