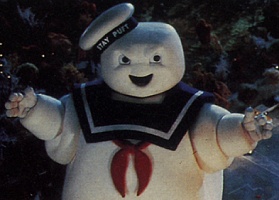 I’m going to attempt to briefly sketch out a thought I had in the aftermath of the Strange Fire conference, which frankly I’m quite tired of hearing about. And just when you think the fire has died down, up pops little brush fires here and there. Anyways, bear with me for a minute while I sketch this out and explain where I’m going with the title. And to be clear, I’m merely using Strange Fire as an example to leverage a broader thought on this issue. I personally don’t think there’s anything further that can be said about the conference itself. Let sleeping dogs…you know the rest.

I came across this document the other day, which was a statement issued by the General Assembly of the Presbyterian Church in America (PCA) in 1975 titled A Pastoral Letter Concerning the Experience of the Holy Spirit in the Church Today. Not only did it affirm my position on cessationism, but I also appreciated the leniency that was provided to those who hold a differing position. It also busts those persistent caricatures of cessationist that keep getting regurgitated no matter how many attempts to correct are made.

But even more compelling to me was the fact that it was issued by the governing body of this denomination. Now, I’ve been in the PCA for only a year and have tried to read up as much as I can on its history and particulars, which gives some more details from the church history courses I’ve taken in seminary. The transition into the PCA was a few years in the making, though I didn’t really realize it until last year. And I say “in the making” because of increasing disconnects that I was having with independent, non-denominational and Bible churches I’ve been apart of and also some theological wrestling. The disconnect had to do with on one hand, seriously examining the nature and purpose of the church, and on the other seeing incompatibilities with and her actions towards the very people she was designed to serve. As I wrote about here, the pragmatic and experience driven nature of independent churches in general (I’m sure there are exceptions) seemed to turn these  microcosms into their own little machine, navigating through a maze of strategic planning and latest thoughts on how this church thing is supposed to work with little accountability.

I certainly don’t want to turn into one of those obnoxious Christians who find their place tucked away in a denomination and spit on the rest of the Christian world. But honestly, the change has been quite refreshing. A few key things I’m really grateful for is the fact that there is a General Assembly, and the Book of Church Order and commitment to the historic confessions (a synthesis of Christian doctrine sourced in Scripture), including the Westminster Confession of Faith. That task of the GA is to keep the church on track according to who she is and her mission of making disciples of Jesus Christ. And while there is liturgical flexibility in local PCA churches, there is only so much deviation that can happen in doctrine or practice. Whatever, new thought or troubling practice will eventually make its way to the GA if not handled with the regional assemblies. There are procedures are put in place to address these kinds of issues. This feels safe to me and really compatible with Scripture in terms of keeping the church orthodox and not bogged down with extraneous issues. In other words, the denomination works to protect the church and keep her on task. 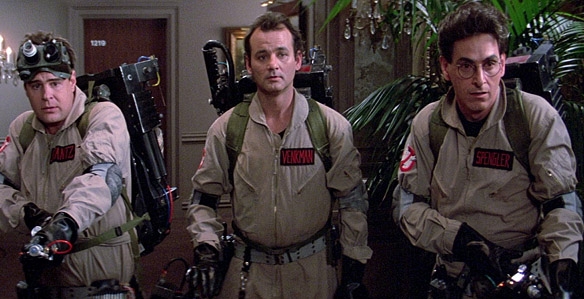 So tying this into my thoughts about the aftermath of Strange Fire, and thinking more broadly, it seems to me that without such a structure and governing body, the independent church is forced to take issues of concern out to the church at large with the only vehicles available: conferences and websites. Not only that, but where issues of concern arise, there may be an impetus of responsibility to the world-wide church, as if this is the group that the independent pastor is responsible for. So instructions like 1 Timothy 1:3, where Paul commands Timothy to tell men not to teach strange doctrine, become a charge to the world-wide church not just those in his immediate care. I can’t help but see this is what has happened with a conference like Strange Fire, where the pastor or group of pastors, become a kind of magisterium for the whole church.  When that happens, instead of governance you get ghostbusting. You know, the movie with Bill Murray and his team of paranormal squashers who sought to rid the world of malicious creepers. Now, I’m not addressing whether that should or should not happen, that’s kind of a separate issue and one that I’m sure will be as polarizing as the doctrines being addressed.

But the beauty of this document from the PCA, is that the issue has already settled.

2 thoughts on “Governance and Ghostbusters”